Technique is acquired most quickly using hands separately (HS) practice for music that is difficult and require technical development. If it can be played hands together (HT) at final speed, skip HS work, and you are done. Beginning students should practice everything HS just to learn the methodology. Easy sections that don't require HS work will be completed very quickly, so little time is wasted. For difficult material, separating the hands speeds up the learning process by allowing the application of a myriad of learning tricks that are major topics throughout this book. 很难并且需要培养技术才能演奏的音乐，需要通过单手（HS）练习来最快地获得技术。 如果可以以最终速度合手演奏（HT），请跳过HS工作，您已经做好了。 初学者应该用HS练习所有材料来学习这个方法。 对于不需要HS的简单部分也将很快完成，因此几乎不浪费时间。 对于困难的材料，单手练习时通过应用许多种本书的主要学习技巧，可以加快学习过程。

To practice HS, choose two sections to practice, one for each hand. Practice one hand and switch hands as soon as the working hand gets tired. In this way, you can work hard 100% of the time without fatigue because one hand is always resting. When a hand that had been working hard is rested, it is initially tired and sluggish. As it rests, it recovers and becomes re- energized and eager to play — this is the best time to switch hands because it can perform miracles. Rest it longer, and it will cool off and become sluggish again. Thus you must learn from experience, the best time to switch hands; the shortest times are about 10 seconds. Depending on the conditioning of the hands, the degree of difficulty, etc., this rest time can be longer. The best switching time is the shorter of the optimum rest time of the resting hand and the "tiring time" of the working hand.

HS practice is simpler than HT because most of the learning is confined to one hemisphere of the brain for each hand. HT practice involves both hemispheres which is more complex and takes longer to learn. HT is a separate skill [(37) Hands Together] that must be practiced after all HS work is done. It is best to learn one skill at a time because, if two skills are practiced simultaneously, difficulties in one skill can prevent progress in the other.

A critically important HS skill is experimentation. This ability is what separates the mature musician from the perpetual student. It is impossibly difficult to experiment with new hand motions when practicing HT. Experimentation consists of two phases: diagnosing the problem and then solving it, as demonstrated throughout this book.

HS practice is used to increase your brain speed. Beginners can't play fast because every brain has its speed limit: it has never been asked to work faster. This limit is different from (12) Speed Walls that are limited by lack of technique. Just because you have heard music at high speeds doesn't mean that your brain/fingers can execute them. Playing fast will actually alter the brain and its connections to the hand. When playing fast for the first time beyond the brain's old speed limit, you should feel a strange new sensation like the first time you learned how to ride a bicycle. At the highest speeds, this feeling can only be described as "exhilarating".

Technique can be pushed much further HS than HT, and is a lot of fun! It is superior to anything Hanon or any other exercise can provide. This is the time to figure out "incredible ways" to play that piece. The amount of time spent, working on pieces that have been completely mastered, is what separates concert pianists from amateurs, because this is when you really develop advanced techniques.

For beginners, HS is mainly for acquiring technique and getting up to speed for learning new music quickly. For advanced players it has a myriad uses limited only by human imagination. Some pianists not brought up with HS methods consider HS to be trivial and unimportant because it is so easy to learn. In practice, 80% of this book discusses what magic you can perform when the hands are separated. HS is trivial only for the uninformed.

Pianists who never practice HS will always have a technically weaker LH. The LH plays passages that require more strength (the lower hammers and strings are heavier), but it often lags in speed and technique because the melodic material in the RH tend to be technically more demanding (which is the clearest demonstration that technique is not finger strength). The HS method will balance the hands because you can give the weaker hand more work.

This ability of one hand to teach the other is more important than most people realize. It works with practically anything you practice HS. The reason for this broad applicability is that one hand always plays something better than the other. 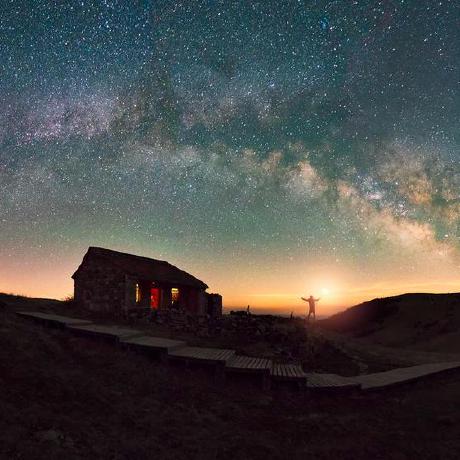